I have been a big fan of Powerview for its adhoc reporting capability and visualizations since its release. With Excel 2013, Powerview integrated natively with excel makes Excel even more powerful giving it adhoc reporting and data exploration capability.

Technically, we all need BI in some form or the other and hence we all perform analytics of data to deduce some useful information. While my colleague & friend  Amit Banerjee has shown the ability of Powerview to perform Report Server Execution Log Analytics and SQL Performance Analysis in his blog, I would like to show the use of Powerview to analyse IIS Log and use it for Web Analytics.

I have developed this solution while doing performance tuning to improve the response time of the PPS & SSRS Reports hosted on a Sharepoint portal accessed by intranet users & was very well appreciated by my customers as well.

We captured IIS Logs with additional information in IISW3C Format which was then imported in SQL Database with the help of Log Parser. The Data captured from IIS Logs was more than 1 million records for a week’s time which was every briskly imported in native Data Model in Powerpivot in Excel 2013.

Following are some of the Powerview reports which we designed using IIS Logs to perform Analytics on response time of the portal, number of users connecting the portal, most accessed site, browser used by user etc.

In this blog post, I will show couple of Powerview reports developed by me, will share more reports in future blog posts.

We observed that Default Landing Page of PPS was taking long time to load sporadically at 6AM everyday which was later on found to be App recycle time and hence the first load after app recycle had higher response. 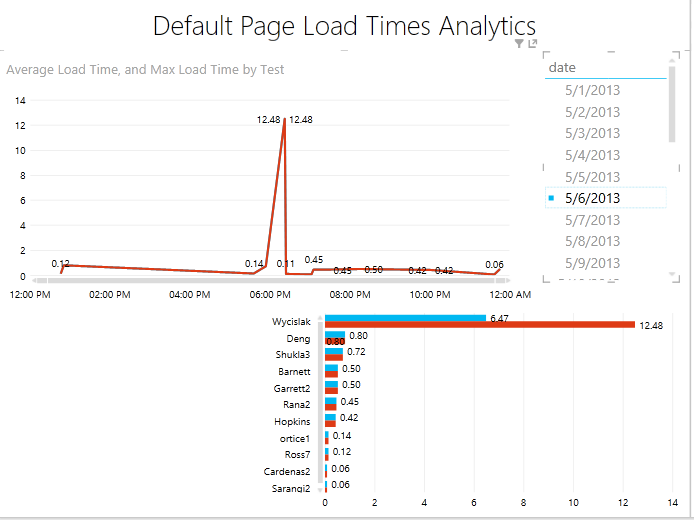 The following report gives me the information on the OS and Browser Statistics of the Client Users accessing the portal. The below stats informs us that majority of the users are on Windows 7 using IE7 to browse the Sharepoint portal. 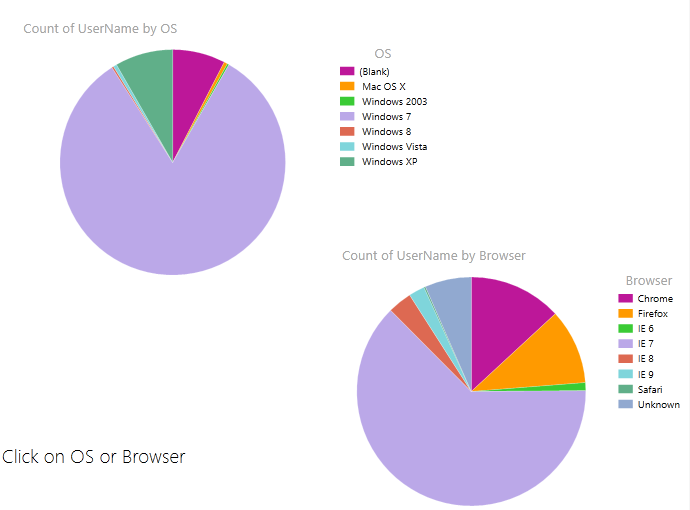